Luca was born on October 27,1972 in Vallecrosia, Italy just a few kilometers from the french border. Starts harmonica in ’92 and makes his bones jamming here and there and then studies with a private teacher in London in ’94. Upon his return to Italy, discovers that he is drawn to the concert flute, no doubt as a result of being an avid Jethro Tull fan. Studies in San Remo with prominent jazz flutist Livio Zanellato. 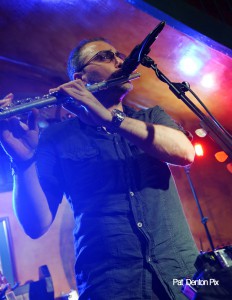 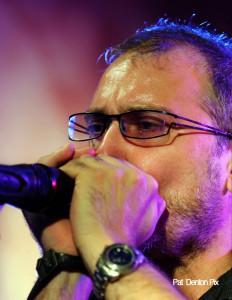 Joins friends onstage for occasional jams and becomes the sixth member of the italian progressive rock band, The Running Birds in ’96. Well known in the french riviera and northern Italy, they quickly become one of the top bands of the riviera with over 250 shows a year in France, Italy, Germany, Holland, and the Czech Republic. They also released two self produced cds, “The Running Birds” and “First Phase”. Luca leaves the band in 2001 to concentrate on writing. Has played on different recording and live projects such as AUREO with Jörg Weyer “Joe Vox” . In 2003 he joins Gabriel Locane to form ZEN. Fiddled with a guitar for a few years until a double fracture of the right ankle in the french alps in 2006 gave him the perfect “rest time” to really work on the instrument which he now plays regularly live. He speaks Italian, French, English, notions of Spanish and Portuguese. He’s very good with sound and everything technical and is very methodical and precise in every thing he does. This and being a science fiction aficionado has earned the nickname of Mr. Spock within the band.