Gabriel was born on January 31st 1969, in Montreal, Canada, from Italian parents. He began to sing at the age of 15 and gave his first show on May 10th,1985 with his band called Age of Change. In the beginning, singing was only a hobbie but became a real addiction which permitted him to perform on stage with Decades, Seven Days, Deep and Mojo Blues Band. 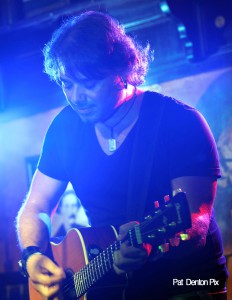 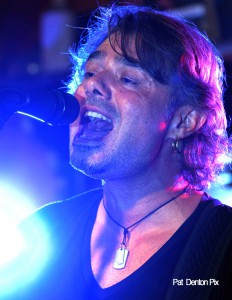 In January 1997, Gabriel moves to France to live out his passion by forming the acoustic duo “Pure” with which he gave more than 250 concerts from St Tropez to San Remo until June 1998.  By chance he meets three musicians and forms “ULTRA VIOLET” . For the next 4 years they played over 800 shows and still found the time to record a 13 song cd of original songs and Gabriel recorded an unplugged live and studio cd with his new duo “Zen” with then guitarist Eric “Tini” Albertini.
After the UV split, Gabriel took the Zen formation a step further adding Luca Scriva in 2003 for the new ZEN line up which took then to many countries and over a thousand live shows. Although he has many side projects such as Reservoir Dogs and Nowhere Men (in which he plays percussion and sings) as well as his solo acoustic shows it’s in his live sets with ZEN that he call home. He speaks English, French and Italian. Being naturally sociable, he’s acting manager and does public relations for the band which other band members think is only a pretense to chat. He enjoys his “quiet” time as a dad.